The Philippines is one of 23 countries in the world without a foundational, national scale ID system. Filipinos now have to use a combination of driving licenses, passports, and other transaction-specific IDs to prove their identity, resulting in exclusion: the 2017 Findex Survey found that Philippines had the 3rd highest rate (45%) of unbanked adults reporting the lack of documentation as a barrier to financial access and additional ID4D-Findex questions found that 15% of adults have been denied a government service because they lacked an ID (rising to 19% for the poorest two quintiles). Furthermore, data in government systems is not as accurate nor interoperable as it should be. These problems came to a head last year when the Government struggled to implement one of the world’s most ambitious social protection responses to the COVID-19 pandemic.

Last October, the Philippines Statistics Authority took an important step to address these issues when it launched the Philippines Identification System (PhilSys) as the country’s foundational ID system, with low income households prioritized for registration. After providing a planned 70 million people this year with digital IDs, the government’s goal is to begin using the PhilSys for financial inclusion, social protection delivery (as part of the World Bank’s Beneficiary FIRST project), and vaccine deployment.

PhilSys was not born out of this crisis but its launch in the midst of a pandemic couldn’t have been timelier. The Government began conceptualizing the PhilSys in late-2017. And, through the Identification for Development (ID4D) initiative, a cross-GP task team has been supporting the PSA, Department of ICT, National Privacy Commission and other stakeholders every step of the way with wide and deep ranging technical assistance to integrate best practices for inclusion, privacy and security and impact into the legal framework, implementation strategy, technical architecture, and operationalization of the priority use cases. For example, the Philippine government is pioneering the use of open source software and tokenization of the permanent unique ID number to obfuscate it. Likewise, the Bank carried out a qualitative survey with marginalized populations and civil society, which was instrumental for making the case to reduce the documentary requirements for registration.

Most recently, the task team helped PSA re-design the registration approach in light of COVID-19 to an innovative three-step process that reduces crowds and queues and adheres to health protocols. The approach also allows the prioritization of people from low income households, and co-locates banking agents at registration centers for unbanked people to open a bank account on the spot.

There have been three key success factors for this engagement. First, it has been truly cross-sectoral: led by the Digital Development and Governance GPs, the team also includes colleagues from Poverty, SPJ, FCI, MTI, and HNP. Second, although Government is funding PhilSys themselves, the engagement has leveraged a wide range of instruments to support and influence multiple counterparts from different angles, including core ASAs, DPLs, a RAS, and lending operations with agencies who will need resources to adopt the PhilSys. Third, the involvement of the global ID4D team and its extensive knowledge and networks has enabled best practices and lessons from across the world to be translated into the Philippines context, including application of ID4D tools for ID ecosystem assessments, qualitative surveys, legal reviews, costing, standards, and procurement best practices. The PSA has heavily used the ID4D Practitioners’ Guide and the ten Principles on ID for Sustainable Development that ID4D shepherded with other development partners.

While there is still a way to go for the PhilSys to realize its potential, the team continues to draw motivation from stories of the first registrants about how transformational this can be. Said one senior citizen at a registration center in Laguna, a province southeast of Manila, “I hope to use it to open my first bank account so I don’t have to go to the municipal hall to receive my pension every few months,” and a young woman in nearby Cavite province, “I can use it for government transactions, getting jobs, and when I request for assistance from the government.” 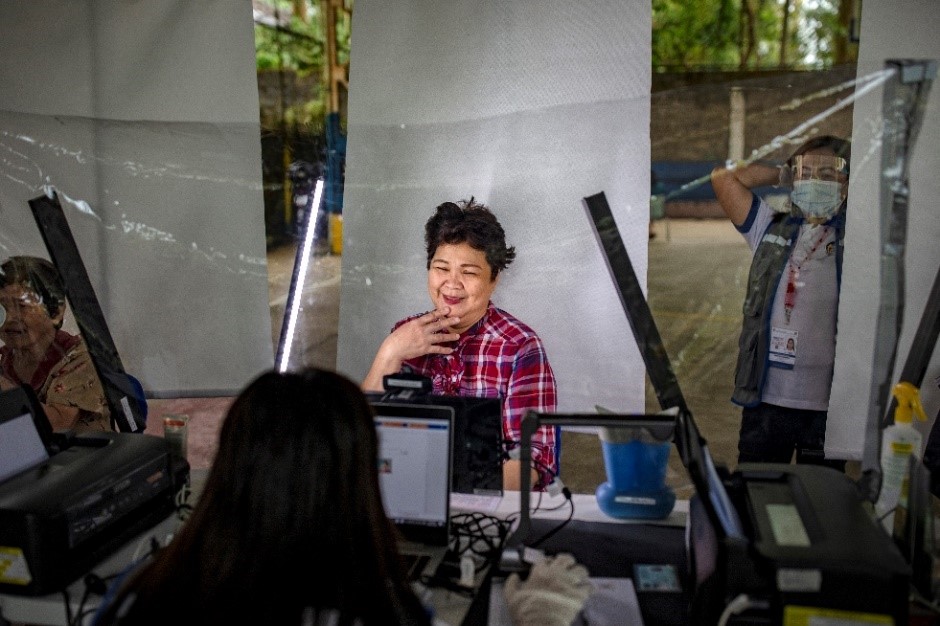